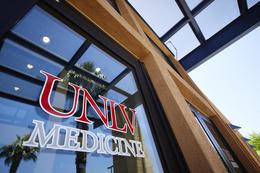 Daily marijuana use during pregnancy may lead to an increased risk of low birth weight, low resistance to infection, decreased oxygen levels and other negative fetal health outcomes, according to a new study from a team of UNLV Medicine doctors.

In the latest issue of the Journal of Maternal-Fetal and Neonatal Medicine, physicians reviewed sonogram data from nearly 450 pregnant women who self-reported daily marijuana use. They found that daily cannabis use is associated with delayed fetal growth, which can put a baby at risk of certain health problems during pregnancy, delivery, and even after birth.

Those problems include low birth weight, hypoglycemia, low Apgar scores, among others, and in the most severe cases, delayed growth can lead to stillbirth. Physicians also found an increase in placental vascular resistance in both the second and third trimesters, which can “disrupt the necessary flow of oxygen rich blood through the placenta,” and can lead to delayed growth.

“Recent data from JAMA (The Journal of the American Medical Association) indicates that marijuana use in pregnancy has doubled over the last 15 years and what’s more alarming is that 70% of women believe there is minimal or no harm from using marijuana in pregnancy,” said Dr. Bobby Brar, UNLV School of Medicine Resident Physician and a lead author of the study. “Our findings contribute to the growing body of evidence that fetal marijuana exposure may not be as safe as people think.”

While additional studies are needed to further understand the negative impacts of daily marijuana usage on fetal growth, the team of doctors said that cannabis use should be discouraged during pregnancy. The physicians embarked upon the research as recent legalization of marijuana across the country has increased overall use. Current reports estimate that about 16% of pregnant women engage in daily use.

Additionally, the researchers argue that patients should be screened throughout pregnancy for marijuana use and counseled appropriately on its potential effects, as well as strategies for cessation.

The study, “Effect of intrauterine marijuana exposure on fetal growth patterns and placental vascular resistance,” was led by UNLV School of Medicine resident physicians Bobby Brar and Pooja Patil, and co-authored by faculty physicians David Jackson, Michael Gardner, James Alexander and Nora Doyle. It was published Nov. 11 in The Journal of Maternal-Fetal and Neonatal Medicine. Link to research:https://doi.org/10.1080/14767058.2019.1683541