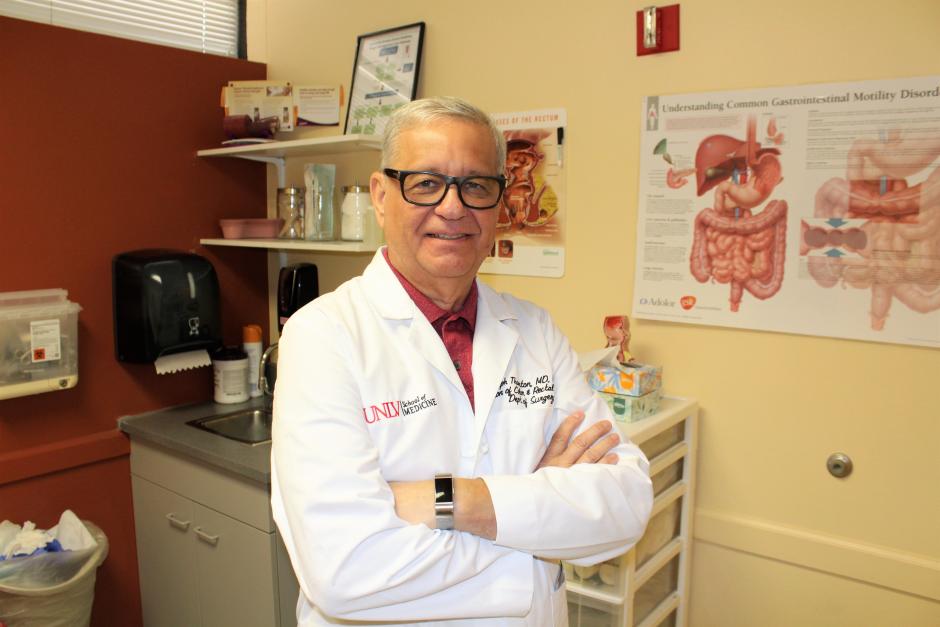 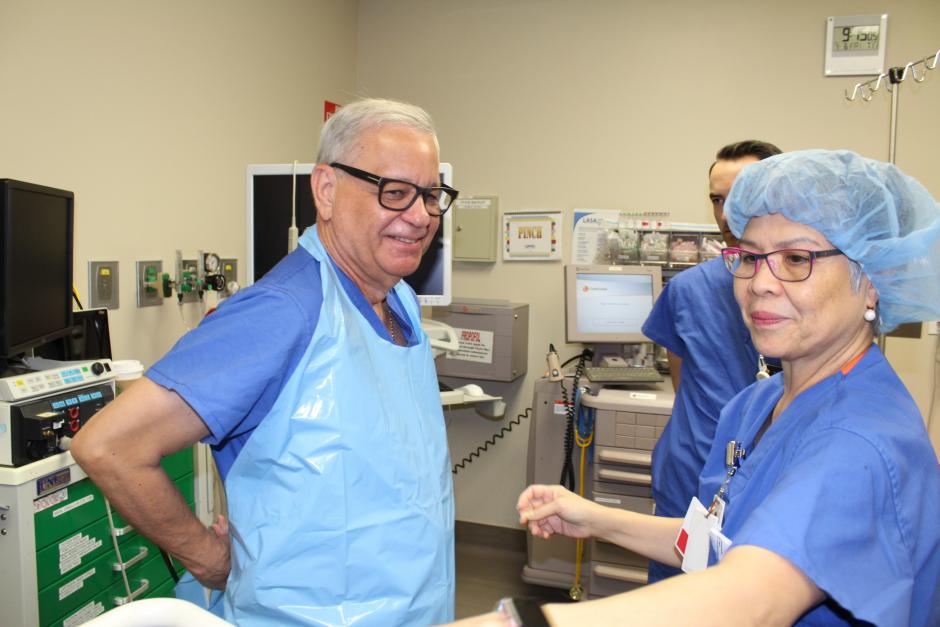 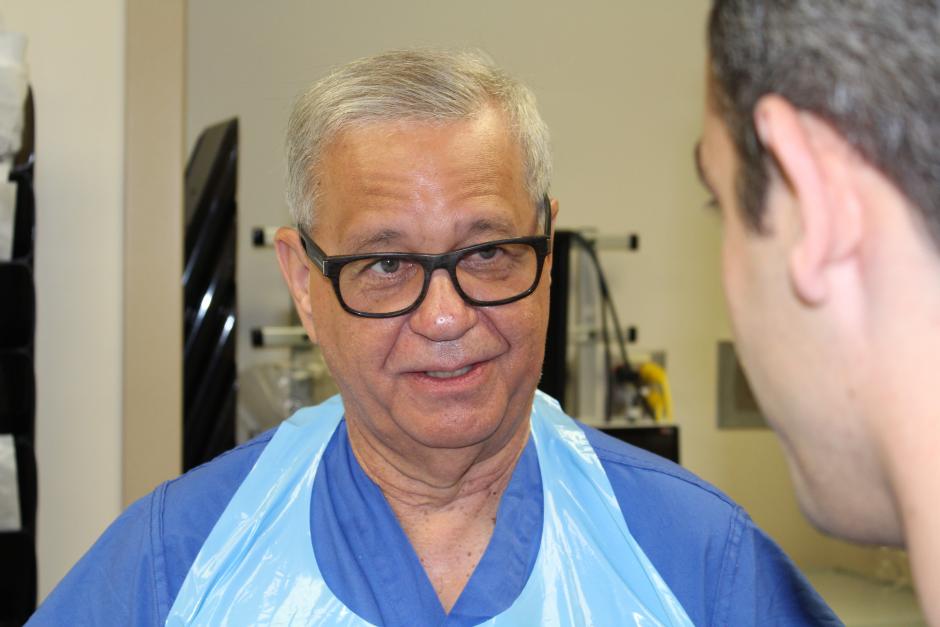 Dr. Joseph Thornton’s road to becoming a physician makes you realize yet again that where there’s a will, there’s a way.

He grew up in a single parent household on the south side of Chicago, the son of an African American bartender who wanted the best for her son. His two aunts, both maids, also lived in the home.

“Combining incomes made the housing affordable,” says the 72-year-old colorectal surgeon who now is an associate professor in the UNLV School of Medicine’s Department of Surgery. “For good times they loved to go to the racetrack and watch the horses run.”

Though a Baptist, Thornton’s mother became a Catholic so she could send her son to a parochial school.

“She felt the discipline and educational opportunities were better there.”

Throughout high school Thornton worked 20 hours a week as an elevator operator to help pay his tuition, a job he would keep for his first two years at the University of Illinois-Chicago.

“The nuns and Christian Brothers really pushed me in school so I was also able to get some scholarships later.”

During his last two years of undergraduate work, he worked 40 hours a week for the U.S. Post Office while taking up to 20 credit hours of college courses. It was during this time —he was an honor student operating on three to four hours of sleep a night — that he talked with a physician about going to medical school. The idea of helping people who were sick get well appealed to him.

Located in Nashville, Meharry Medical College was the first medical school in the South for African Americans. As it turned out, Thornton didn’t have to rely on the Chicago physician for his college expenses.

“Lifers at the Post Office wanted to see me go to medical school so they pushed me to go to the U.S. Congressman’s office so I could get an Illinois Guaranteed Loan. When the people in that office found out my family voted Democratic, I got the loan without the collateral that a bank claimed I needed. That’s Chicago politics. Scholarship and loans got me through med school, but that doctor’s promise to help me out if I needed it gave me the confidence I’d make it for sure. It took a big weight off my shoulders.”

At Meharry, Thornton realized he had a passion for surgery. There, he also met his wife, who was in dental school. “Meharry turned out to be a place I loved. My daughter, who became a dermatologist, went there and so did my son-in-law, who’s a plastic surgeon.”

Thornton, who became aware of a nationwide shortage of colorectal surgeons, did his graduate surgical training in Chicago. But he didn’t stay in the Windy City.

“My wife didn’t like it there and when I found out there was an opening in Las Vegas in 1978, I took it.”

There was more than one opening.

During his career, he estimates he’s done 10,000 colon resections, where surgery is performed to treat and prevent diseases and conditions that affect the colon, such as colon cancer. In recent years, his surgical calendar includes a new procedure to deal with fecal incontinence, the inability to control bowel movements. Unlike an old procedure where a person must wear a bag outside the body, this 45 minute procedure involves the implantation of a neurostimulation therapeutic device that targets the communication problem between the brain and the nerves that control bowel function. Nearly 18 million people have the problem.

“People are so happy after this procedure — they say they’ve got their lives back, they can travel again, leave their homes without fear of an embarrassing accident “

In 2005 Thornton became the head of the University of Nevada Reno Department of Colorectal Surgery. Last year he began teaching at UNLV. “I really enjoy teaching. It keeps me young. I feel like I’m in my forties.”

That Dean Barbara Atkinson has students and the medical school engaged in projects in Las Vegas is welcomed by Thornton.

“It really excites me. Regularly reaching out to the community is so important for public health. And now we’re going to have our students from Las Vegas going back to their high schools to talk with kids, who’ll see people in the medical profession as real people. We’re going to have many more Las Vegas children talking about a career in medicine. We need to reach out to lift them up and they need to know to grab our hand. I’m very optimistic that’s going to happen.”

Back
This item appears in:
Overview June 19, 2017 Dr. Joseph Thornton on Overcoming Obstacles